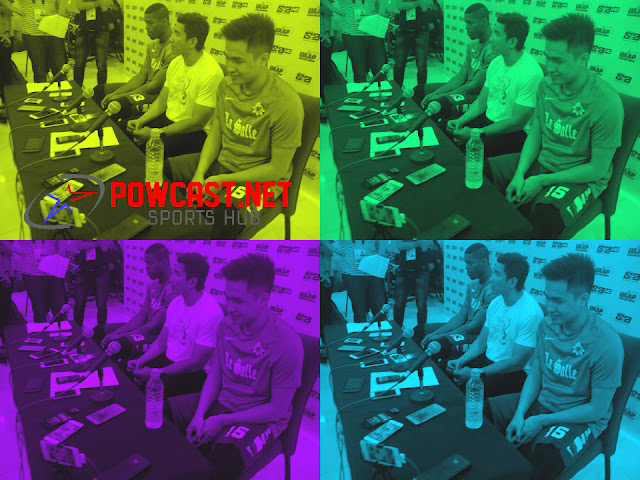 Big Ben Mbala scored 21 points, grabbed 16 rebounds and added 3 blocks to lead the De La Salle Green Archers on a victory over the Adamson Soaring Falcons, 91-75, today at the Mall of Asia Arena on the UAAP Season 79 Men's Basketball. Green Archers remains the only team undefeated with a 5-0 card on the tournament.
Jeron Teng also contributed 15 points. While Jerrick Ahanmisi scored 22 points to lead the Soaring Falcons.

I Love my little girl! Glad I am able to bring her with me at work! 🥊❤🇵🇭 Thanks #GB0